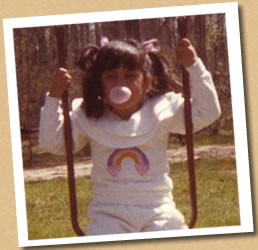 My earliest memory of acting was when I was 4 years old. It was during bath time and there I was re-enacting the Caress Soap commercial. As if I’d been in the business for years, modeling the soap in hand, I would do my best imitation of the voice-over in the commercial. Little did I know, I would be delving into the world of entertainment and become known as “the girl in the Dove ad” so many years later.

Growing up in Texas, I had no idea where to begin the quest to Hollywood or Broadway. I just knew I wanted to be on TV and I wanted to sing. So, I made sure I auditioned for every play and musical that I could get my hands on, joined choirs, specialty and acting groups in school. I wanted to do as much as possible. 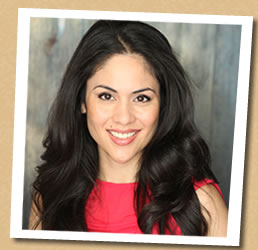 Fast forward to college in San Marcos, Texas. I took an acting class with Larry Hovis and marveled at the life he had and the path he took to get there. I wanted more out of the acting world and started finding the outlets to get me there.

Moving to New York after graduation gave me the opportunities beyond what I was looking for. I have found my way, with a wing and a prayer, booking national print ads, a lead part in a music video, principals in commercials, short films and web series, spokesperson spots, voice-overs and hosting my own web show. I have been afforded the opportunity to travel to places I have only seen in magazines, am meeting the most amazing people and I am very grateful for each and every step of the way.

There’s so much I have yet to do and I have only just begun! You’ll never know where I’ll pop up next or what I’ll be doing–so stay tuned!