Ooo! I had the rockin’ opportunity of surprising my fiancé with a free ride in the Pash Cab promo that we shot in NYC a few Saturday’s ago!  It was a difficult task getting John to come with me and “just enjoy the city” for this fun event and not spoiling the surprise, but I was able to get him on the bandwagon–he really had NO idea.  John didn’t want me to spend any money on him since we’re saving for a wedding that’s right around the corner. Very adamant!  Well honey, I didn’t!

We were picked up in a cab with all these crazy hidden cameras near Central Park West and taken for a leisurely ride to Bryant Park by our fabulous driver who turned out to be none other but GOUMBA JOHNNY!  I recognized his voice right away and his face!  (After listening to Goumba on KTU for so many years it wasn’t hard to figure it out.) 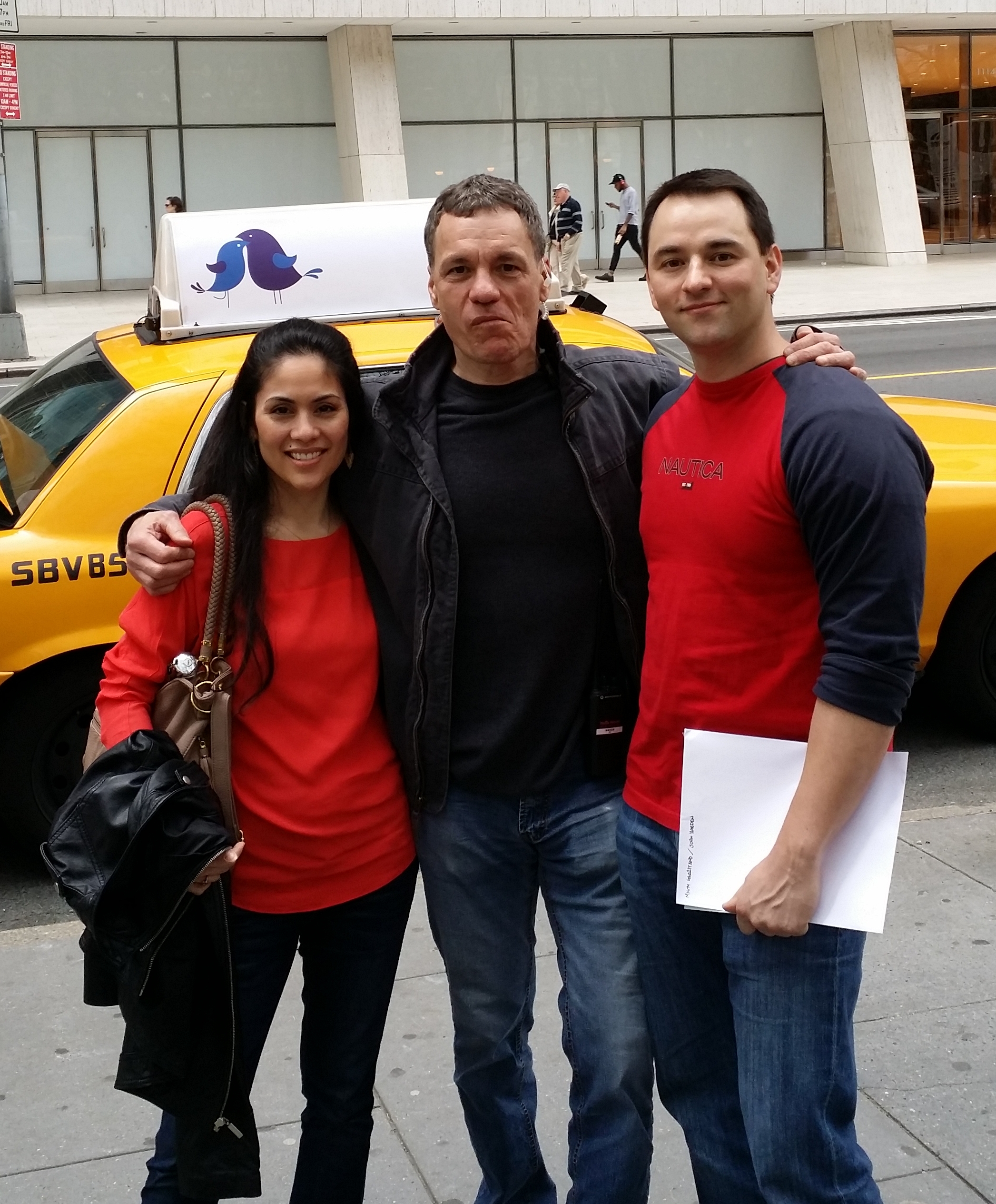 The cab ride was hilarious and the chill-ness of Goumba roused John’s curiosity as he never ran across such an overly friendly driver.  All the conversation was geared around things he and I like to do and are involved in.  I thought it was hilarious watching him try to make sense of everything.  When we finally reached Bryant Park, Goumba presented John with a surprise that’ll knock your pants off…

Be sure to stop back here in the not-so-distant future and you’ll find out just what it was Goumba Johnny gave him!

Thank you so much Pash Cab Casting & Crew!